Fantasy to reality: No ‘rules’ for an engagement

This week, Tech Guy and I marked the twenty-fourth anniversary of our engagement.

In some ways, that special day seems like yesterday. In others, it’s a lifetime ago and that young(er) couple are like people we used to know, almost strangers to who we’ve since become.

Tech Guy’s proposal was romantic and his words heartfelt.

He’d chosen a beautiful setting, a scenic lookout in a park in the Canadian province of Québec near the city where we then lived.

Knowing my horror of staged and public displays of love (like restaurant or jumbotron proposals), the spot was private and in a sheltered area off a favourite hiking trail.

Aware that I wasn’t keen on diamond solitaires, he’d picked a sapphire stone and worked with a jeweler to design an engagement ring especially for me.

And yet, much like the man I fell in love with all those years ago, one of the most wonderful and special moments of my life was far from Hollywood scripted. 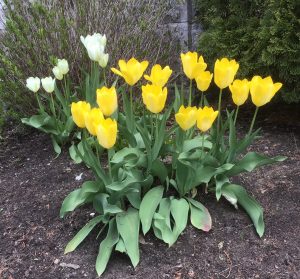 In addition to spring flowers, May in Eastern Ontario and Québec signals the start of black fly season when these insidious insects are at their worst.

While Tech Guy is immune to black fly bites, I am not, although he didn’t realize that then.

Thus, just as he uttered those words that would link our lives together, I flapped my arms to ward off a swarm of the north country’s finest.

And also at that propitious moment, all I also could think of was I shouldn’t have had that full bottle of water before our hike as I needed a bathroom break—and the nearest toilet (a pit version or, in North American parlance, an outhouse) was a half mile away.

Even when Tech Guy produced the gorgeous engagement ring that still gives me a happy glow when I see it on my finger, it was several sizes too large. As such, I immediately put it back into its velvet box for safe-keeping so I didn’t lose it in the thick undergrowth.

Although in my romantic fiction I write hard-earned happily-ever-afters, I rarely include a marriage proposal scene—one exception being in The Wishing Tree in Irish Falls, my new book coming out this October.

That’s possibly because when I look back on Tech Guy’s proposal and, although I said yes, it wasn’t the Instagram-ready moment our now selfie-driven world expects.

Yet, when I think about that spring day in 1995, our engagement was, in many ways, good preparation for the ups and down marriage has brought; years of sunshine and shadows, and where “real life” and its associated problems are never far away.

Life is full of black flies, real and metaphorical, and some are more easily brushed off than others. Over the past twenty-four years, though, Tech Guy and I have tried to face challenges together, recognizing that our marriage is, and always will be, a work in progress. 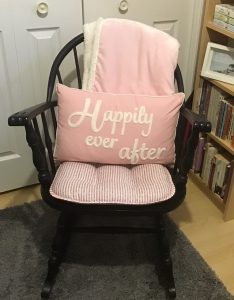 Thanks to regular cleaning, my engagement ring is still almost as sparkly as the day Tech Guy slid it on my finger for the first time. And when I look at it, I remember the promise we made to each other—one that wasn’t about perfection but, like real life, was messy and sometimes uncomfortable.

As for the proposal scene in The Wishing Tree in Irish Falls? My hero and heroine have their happily ever moment (with nary a black fly in sight), but soon thereafter dark clouds roll in and rain is imminent.

Even in my fiction, it seems I can’t escape some aspects of reality!

Since lots of people want to be an #author, I've written a #blogpost about the best and hardest parts of the #writinglife.

Living in my imagination to the exhaustion of finishing a book & more...#WritingCommunity #amwritingfiction #AuthorLife
https://bit.ly/3Y5GdRa

Big thanks to @JaneCable for contributing this excellent article on 'Taking your reader there' to my website. Do check it out.
https://www.wordkindling.co.uk/blog/28/1/2023/taking-your-reader-there-eva-glyn